HVN is buzzing! What price can we expect in the next weeks?

In the last couple of days we are facing ups and downs of top 10 crypto currencies, but more fascinated is that some of ERC20 tokes hasn’t been affected by “dumps” in crypto world.

When we were doing overview of the crypto market, we notices that some of the projects are undervalued and should need to get more attention. One of those is Hive Project (HVN), at MC 174 place, and second by value growth in the last couple of week. As one of the rare tokens, which didn’t lost value but they raised for 64%, which is amazing and currently they are ranked at MC 174 place. 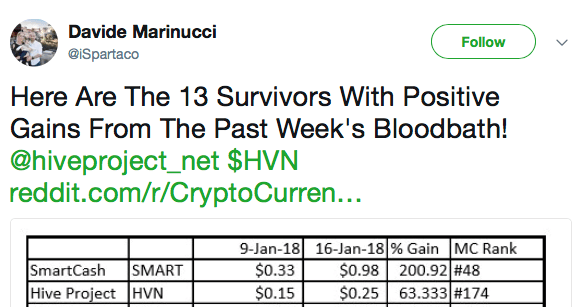 “Hive Project Token – HVN – survived turbulent week in crypto world and gained in last month 168,14% in value, that is a rare occasion and with that we can say, they have a bright future”

Hive Project ICO price was $0.0239 per HVN token. Today, on January 22, 2018, price is $0,241 per HVN token. Those who were bold enough to contribute at the time of ICO and saw potential in their idea and are still holding HVN tokens, their portfolio growth for 1009%.

HVN token had a steadily growth for the last months. Author of YouTube channel blockchain marketcap stated, that only from September 2017 till January 2018 HVN growth in value was 1000%, which is amazing for a utility token. 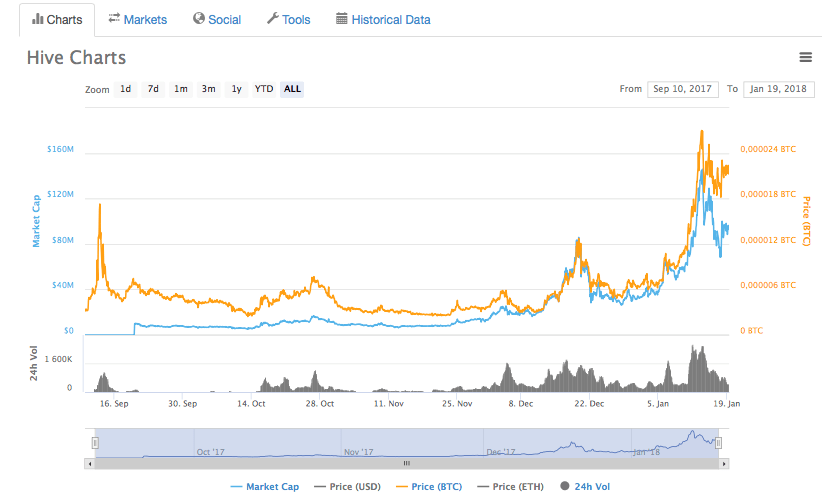 “Only those who will deliver their products, will survive and will have prosperous future. Hive Project is one of the leaders in this field and till the end of 2018 their token value will rise and by end of the year, one HVN will be worth around $2 per HVN.”

Hive Project Team has an its own strategic approach. Firstly, they want to deliver their promises and product and with the $Trillion dollars factoring market around the world, their platform, when its up and running, will skyrocket HVN token and they will easily reach market cap for $1 billion till end of 2018.  As said on the beginning, Hive Project is buzzing and will leave unremarkable impact in Fintech world in future.